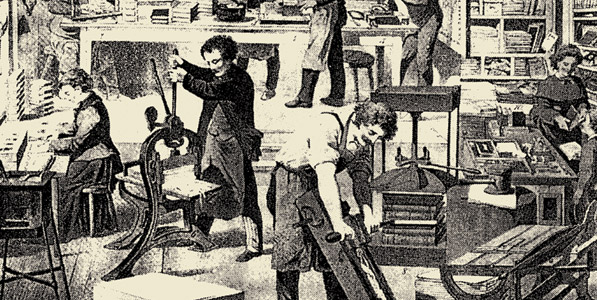 Adolf Mohr brought vision and strength to bear in laying foundations for a successful enterprise.

POLAR was founded in 1906 as "Adolf Mohr, Maschinenfabrik" (machine factory) developing from a mechanical workshop. The family's forefathers had been blacksmiths. Since that time the company has not only changed its line of products, but also developed from a regional supplier to the largest global supplier of high-speed cutters.

From the first days after the company was established on 24 September, up to the Second  World War, the factory had built machines for the regional timber industry in the Taunus area. Adolf Mohr was granted several patents for wood and metal working machines.

This was the year when the name POLAR was adopted. Adolf Mohr was the first manufacturer to produce ball-bearing cutter blocks. This innovation prevented the cutter blocks from overheating when they were rotating at high speed in lamina planing machines. During their operation the “poles” of the cutter blocks, i.e. the bearings, remained cool, - as cool as the poles of the Earth. So the name “POLAR” soon spread across the world along with the cutter block, which was characterized by its patented knife fixture.

The second POLAR logotype was created. It was used until 1960

Since the better known cutting machine manufacturers of that time were all based in the Eastern part of Germany, there was no such supplier in Western Germany after the war.  Karl and Rudolf Mohr used their connections to the graphics trade, made the most of this unique opportunity and started to develop high-speed cutters.

First cutter with electromagnetic clutch. Beginning of the partnership with Heidelberger Druckmaschinen.

The first cutting school worldwide was founded in Hofheim

First cutter with electronic limitation of the backgauge movement

New construction of "Center of technical offices and show rooms"

POLAR is on the Internet

Start of PACE, a communication with automated cutting systems (short for POLAR Automated Cutting for Efficiency)

A new extension of the peripheral plant is completed

Start of construction work for manufacturing facilities in China

Launch of the PickStack restacking station

Introduction of the bar-code scanner and the new counting scale

The product line is extended by a hydraulic 56 cutting machine