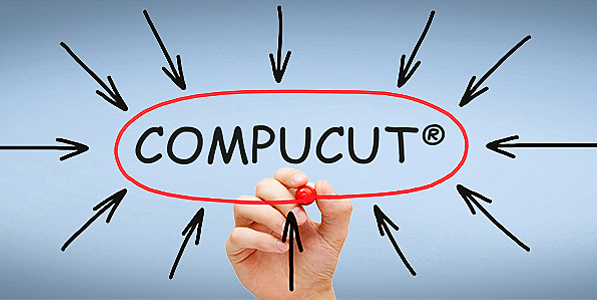 The request to cutting machine manufacturer Polar Mohr originally came from label producers who were looking for automation options to enable the numerous labels on a sheet to be separated more effectively. With ever smaller print runs and an increasing number of job changes, these are challenges that have long been facing almost all printing and processing companies.

In the beginning was the drawing board. When cutting machine manufacturer Polar (Hofheim) started automating the cutting process more than 30 years ago, a print sheet was stretched on a drawing board and measured with all its physical properties such as distortion etc. based on X and Y coordinates. The sheet was digitized in this manner. The request for this came from customers in the label production sector, who needed to process numerous labels on a sheet and wanted an automated solution.

DATA FROM THE IMPOSITION SOFTWARE

Today, a drawing board is no longer necessary. The information about the arrangement of the labels on the sheet comes directly from the imposition software in the prepress stage and can be applied one-to-one and translated into a cutting program. This translation is carried out either by the cutting machine operator – or Polar’s Compucut software.

“The breakthrough for Compucut came with the introduction of CIP3, when the PPF or JDF data format was defined,” explains Polar Sales Director Carsten Schaller. As a founding member of the CIP3 group, Polar was also able to ensure that the data could also be used for cutting programs. Since then, Compucut has blossomed from a product for label printers into a software for practically all printing and bookbinding companies and has been regularly enhanced.

Version 5.0.8 is now available. Compucut can be used on all cutting machines of the Plus and Pro generations, the Label Systems and, of course, Pace. All machines as of the “Monitor” generation can be retrofitted to work with Compucut – albeit not with the full scope.

The software has become well-established on the market, says Wolfgang Becker from Technical Sales. According to him, almost all machines with a higher degree of automation are provided with Compucut at the request of the customers, which is practically always the case with the Pace systems.

The interfaces are open: At the moment, there are interfaces to systems from Heidelberg, Adobe, Agfa, Creo/Kodak EFI, Esko-Artwork, Fujifilm, Krause, One Vision and Screen. 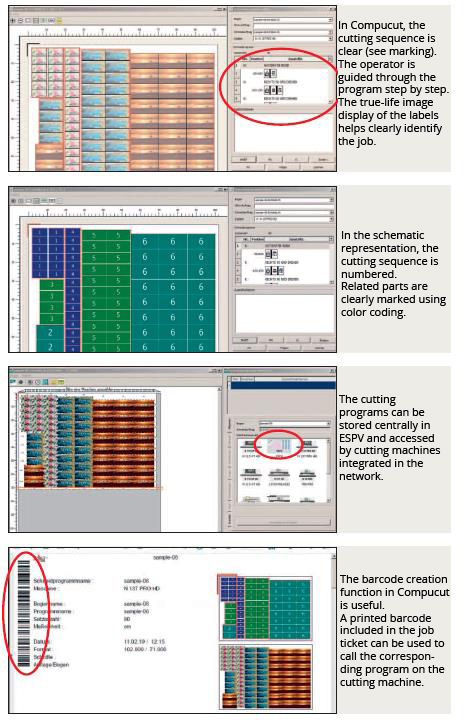 WHEN DOES COMPUCUT MAKE SENSE?

But does it make sense to implement a software with such complex functions?

“Yes,” says Wolfgang Becker. “The print runs have become much smaller in almost all areas.” Gang forms or mixed shapes requiring complex cutting sequences are on the increase, likewise the number of job changes. “Between 20 and 30 job changes in one day are not uncommon, and there are even customers – in the flyer sector – that handle up to 260 job changes per day,” says Becker. The effort involved in manually configuring the cutting programs is huge. With Compucut, on the other hand, these programs can be created within just a few minutes and sent to the machine, which automatically sets itself to the first cutting measurement. The operator has either a true-life image or a graphic showing the sequence of cuts and which rotations are required. The system automatically selects the optimum cutting sequence with the fewest work steps. Compucut also increases process reliability, because errors during program creation are reduced to a minimum. This is an advantage for untrained employees, in particular. “As a rule, an investment in Compucut pays for itself in less than a year,” says Wolfgang Becker.

External cutting program administration (ESPV) is a feature of Compucut which is only available on the Control and Auto Control versions. If a company is using several cutting machines integrated in a network, the programs created by Compucut can initially be stored in ESPV, instead of being sent directly to one of the machines. This enables flexible utilization of the cutting machines based on demand. The memory positions from A to Z also enable a wide range of storage structures to be used, for example based on customer names.

Barcode creation is available for the Control and Auto Control variants. It is an option for companies with a very large number of job changes per day and a corresponding number of cutting programs. Here, a barcode is generated from Compucut and included in the job ticket in printed form. The barcode can be scanned on the cutting machine and the corresponding program accessed in this way.

The true-life image display of the print sheet layout is also only possible for Compucut Control and Auto Control (as of version 5.0.6.). The operator can then use the print image to compare the sheet with the program and clearly identify the job. The image file is allocated either via the file name or a corresponding link in the JDF file. If operators prefer a graphical representation, they can adapt this with a mouse click. The true-life image display is only possible on the machine for the N-Pro systems.

According to Wolfgang Becker, the current version of Compucut has been specially tailored to the requirements of the Pace system with Auto-Turn. In addition, the new version includes the option of taking account of what Polar calls the “Flusenschnitt” (woolly cut). This cut is nothing more than a counter-cut intended to eliminate feathered – “woolly” – edges. As the cut edges in front of the knife are generally rougher, the position in front of the knife is rotated about 180° after the first cut to smooth the rough edge. The new version is available now for all network-enabled systems.